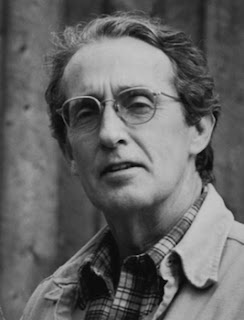 I wish I had discovered John Haines sooner.

I am nearly 50 years old and only stumbled onto his writings a few months ago. I wish I had found  "The Tree" or "Poem of the Wintry Fisherman" twenty-five years ago. I want to think I would have been just as inspired by his writing then as I am now.  I want to think I would have felt the same connection and been inspired to greater works.  However, I am sure his words would not have had the same meaning for me. I was immature and felt unrooted.  I wasn't ready.  What I have now, that I lacked then, is a greater connection to "place."  I understand better how place--the small towns and big cities, the people and the land--have shaped me and my perspectives.


I love this excerpt from Haines' Living Off the Country:

"Poetry seems to have been a natural response to my living there [Alaska].  My first winter in the cabin at Richardson, unable for some reason to paint, I began attempting poems in which I could express some of my feeling for this place I was coming to know, amazed at all I was seeing and learning.  The poems were not, of course, very good.  They were hardly poems at all.  I had a lot to learn, about writing and about myself.  To really know the place, I had to live here, build here, become intimate with it and know it for a long time, before I could say anything about it that would be personal and distinctive.  It was nearly ten years before I wrote anything that satisfied me" (Haines, Living Off the Country: Essays on Poetry and Place, 1981, p. 11).

The more I think about it, the more I realize that I discovered John Haines at just the right time.  I have lived in my current home for the past 13 years.  Prior to that, I averaged a move every two years of my life.  I struggled to identify myself with the places I had lived.  It's not that I wasn't shaped by them, but I felt my identity wasn't connected to them.  Now, I have watched my children grow in the same home for the past 13 years.  I have made contributions to my community and made connections to the people around me and been supported by them in times of need.  This connection to place has awakened in me a greater awareness of other places from my past that, although fleeting, have shaped me.  So much of my life can be best understood within the context of the places I have lived, and more particularly the spaces I connected to.